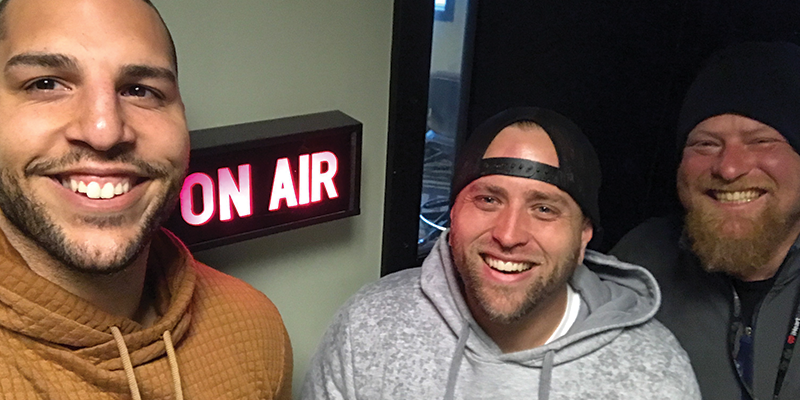 Comedian Jacob Leigh stops by the studio to hang with Johnny McKeon and Sascha Blume.

Leigh has been a mainstay in the local comedy community for years, but has recently become more popular online with his series of viral videos. Leigh credits his recent success to his pursuit of being a more genuine and positive person. He reflects on a time in his life when he was unhappy and the moments that lead up to him changing for the better.

Leigh discusses the difference between a joke on Facebook versus in real life. He elaborates on his love for comedy and the difficulty of maintaining a personal relationship while being a professional entertainer, and how weird it is to be recognized. Leigh talks about the advice he received from renowned comedy agent Barry Katz and his plan to get on Conan.