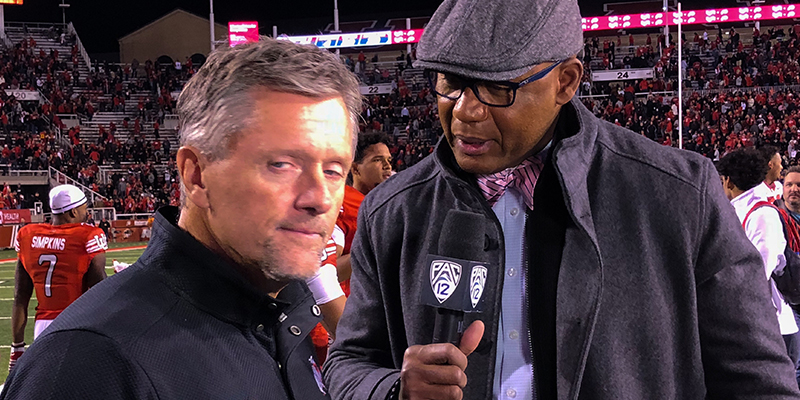 On this week’s episode of Droppin Dimes, we talk about everything from the great Utah-BYU rivalry game, to women holding notable positions in professional sports and the latest controversy surrounding NBA Center Dwight Howard.

After playing from behind all three quarters, Utah made one of the best comebacks in college football history and scored four straight touchdowns in 13 minutes to win 35-27. We recapped the win and looked ahead to the Utes taking on the Washington Huskies for the Pac-12 Championship. If the Utes win the championship, they play the winner of Ohio State and Northwestern, so we discussed the possibility of playing Urban Meyer, the former Utah head coach.

Plus, former Secretary of State Condoleeza Rice is going to be the new head coach of the Cleveland Browns? There’s a possibility that can happen. We break down the scenario and talk about the need for women involvement in some sort of official capacity within make sports.

And finally, we discuss Dwight Howard’s new drama and how he’s allegedly been outted by his ex-boyfriend. While Twitter is having a field day with the news, our conversation eventually takes a more serious tone when we speak about issues still facing the LGBTQ community.

Make sure you listen and subscribe to the podcast!