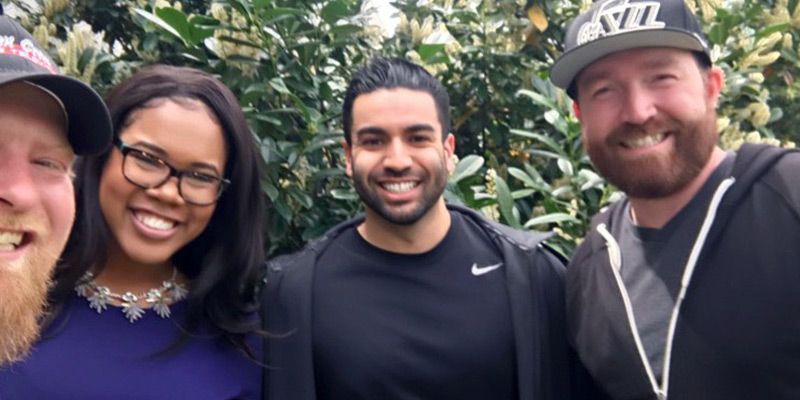 When it comes to the Utah Jazz, the team has some of the loudest fans in the league. Two of them, Blake Golding and Hector Garcia, joined ‘Droppin Dimes’ to talk—you guess it—Jazz. Brittany met Blake and Hector at Gracie’s in Downtown SLC. She was looking for Jazz fans to interview before they beat the LA Clippers in game four of the first round of the NBA Playoffs, and knew she had to have them on the show.

Some of the things discussed were the key points to the Jazz beating the Golden State Warriors in Western Conference Semifinals, the future of Gordon Hayward, who will win MVP, and so much more.

After listening to the podcast and you disagree with anything Blake or Hector said, you can find them on Twitter: @GoldingBoy34 @hectorOgarcia