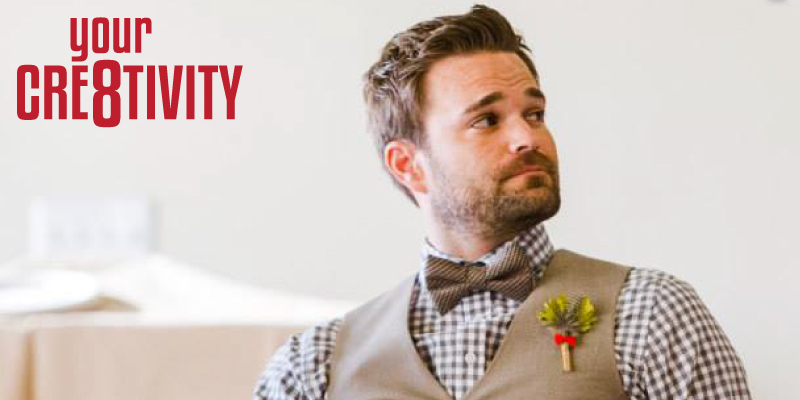 CHRIS BODILY aka Hatrobot is an incredible artist and a great guy. I have met him on a few occasions, including Salt Lake Comic Con where he has repeatedly got my money. His work is incredibly creative and I wanted to know more about what makes him tick, so I have him to asked him to join us here. Enjoy and buy his art!

Listen to Chris Bodily on Episode 007 of the Podcast: HERE

1. Describe What You Do?
I am a professional artist and illustrator.

2. How Did You Get Where You Are?
I got to where I am by drawing every day for thirty years, by promoting myself on social media, and by surrounding myself with good people that were willing to believe in me.

3. What Type Of Conditions Are You The Most Creative?
I’m a big believer that creativity comes when you stop editing what you do. There’s no such thing as a mistake in art if you embrace whatever decisions you make. There’s a great quote by Chuang Tzu that goes “When an archer is shooting for nothing he has all his skill. If he shoots for a brass buckle he is already nervous. If he shoots for a prize of gold, he goes blind or sees two targets. He is out of his mind. His skill has not changed but the prize divides him. He cares. He thinks more of winning than of shooting, and the need to win drains him of power.” This has been my philosophy on drawing for years. My best work comes when I quit worrying how something is going to turn out. Obviously, there’s a difference between creativity and skill; skill only comes from years of practice, but if you hone your skills enough, you no longer have to worry about the execution and your creativity can take over.

4. Who Has Inspired You Most? Why?
I never really understood Van Gogh’s work until I saw one of his paintings in person. Seeing the impasto on the canvas changed everything for me. It made me weep there in the museum and altered the way I thought about art. During his lifetime no one cared about Van Gogh’s work, but he put his heart into what he did and kept doing it until it broke him. For me, the value of art is much more than the finished product that hangs on the wall. Honesty and passion are much more valuable to me than technical perfection.

5. Describe An Average Day.
Generally, I wake up at 9:00, shower, feed the cat, drink some coffee, then draw until dinner. After dinner, I watch Netflix and play video games with my wife.

6. When Starting A New Project, How Do You Generally Start?
Generally, I take a pen and start scribbling on the page until something starts to form. Drawing is like improvisation for me. Part of why I hate drawing for other people is that if I already have a concept in mind, it feels like I’m working backward .

7. How Did You Get Involved With Sasquatch Cowboy?
I’ve been performing improv for twelve years. It’s not something I chose, it’s just something I fell into and found I was good at. I started with a troupe in Cedar City called Off the Cuff. They take improv really seriously down there and we were practicing or performing at least 15 hours a week. I was lucky to be able to learn from a lot of improv masters like Charna Halpern, James Grace, and Dave Razowsky. When I moved up here to Ogden a local short form troupe Mission Improvable invited me out to start performing with them. M:I had a really great group of performers, but my passion for improv was in long form rather than short form, so my wife and I took the team and formed Sasquatch Cowboy.

8. What Is Your Favorite Candy? Why?
Butterfinger. Because it’s the best.

Listen to our Audio Interview with Chris in our 2016 Salt Lake Comic Con episode.