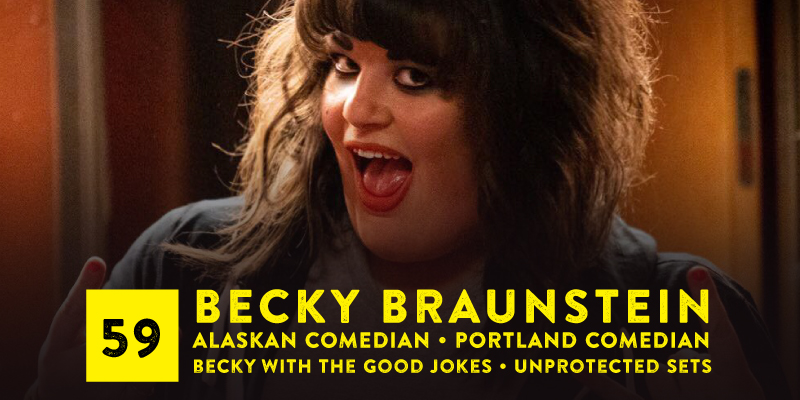 Dylan became aware of BECKY BRAUNSTEIN when she came to Salt Lake for the Golden Spike Comedy Festival (put on by Wiseguys Comedy) and has been a fan ever since!

This is another Skype interview where we discuss the amazing SF ‘Sketchfest,’ and other festivals. I also talk to Braunstein about her monthly showcase Becky With The Good Jokes, and her part in the Wanda Sykes produced series Unprotected Sets on EPIX!

We also go down a rabbit hole and geek out on a ton of stuff!

Thanks as always for listening and your support!