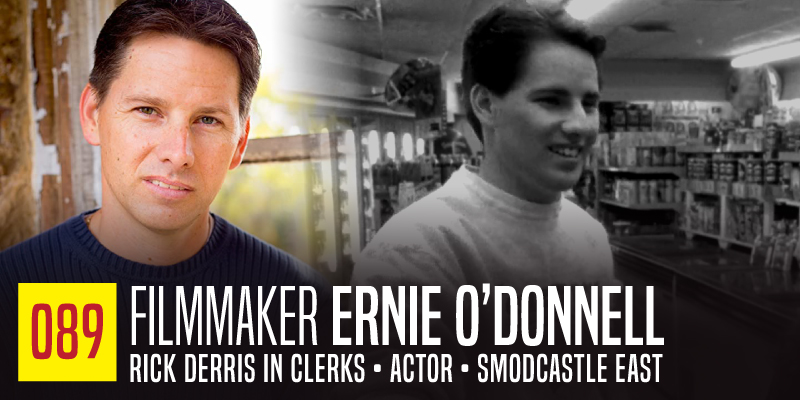 ERNIE O’DONNELL has been friends with Director Kevin Smith since the fifth grade and was featured in Clerks (as Rick Derris) and many of the other films including Red State and the new Jay & Silent Bob Reboot! We learn about how Kevin was back in the day, the Clerks III script read fundraiser and his current project with Kevin building out the new SModcastle East which is currently scheduled to open on June 20th! Thank you, Ernie, for your time!

This week, Ernie O’Donnell @odblues7 aka Rick Derris from Clerks joined Dylan @mrmazziotti via Skype @skype to talk about the upcoming return of the SModcastle, this time in New Jersey! At this time, it is set to open on June 20th! Stay tuned to Kevin Smith’s @thatkevinsmith YouTube @youtube for bi-weekly updates! This episode will be released in the coming weeks! #clerks #ernieodonnell #events #film #filmmaker #kevinsmith #newjersey #smodcastleeast #smodcastlenj #venue #viewaskew