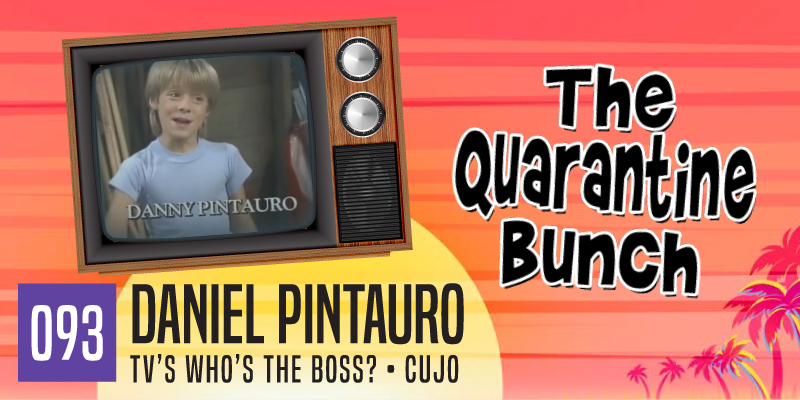 THE QUARANTINE BUNCH is an online web series that peeks in on a support group for former child stars from our favorite tv shows & films and how they are coping and not coping with the pandemic. In Part 1 of our interviews with the cast and creators, we visit with DANIEL PINTAURO, best know for his role as Jonathan Bower on Who’s THe Boss and horror film, Cujo! We chat about his life on set, his struggles, and adventures which ultimately led him to his life in Austin with his husband and his job at the Austin Pets Alive animal shelter!

Had an incredible conversation with Daniel Piauro @dannypintauro! He is best known for his roles in Who’s The Boss, Cujo and As The World Turns! We go behind the scenes of those projects and his new one, The Quarantine Bunch @thequarantinebunch! Past guest Keith Coogan @keithcoogan is also involved in the project! Stay tuned! #astheworldturns #austin #austinpetsalive #cujo #danielpiauro #film #jonathonbower #television #whostheboss