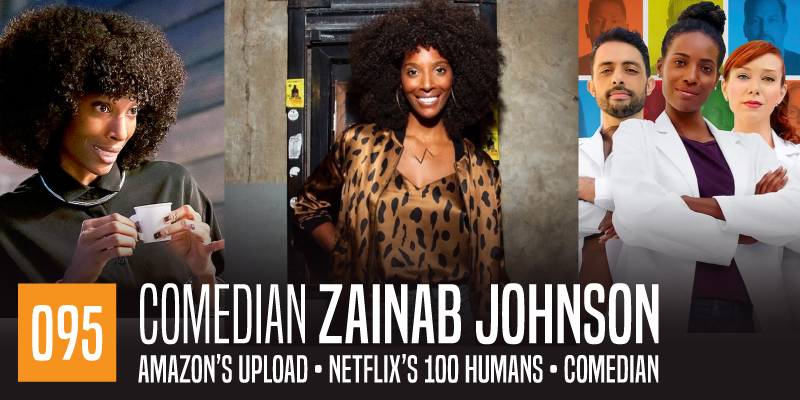 Actress & comedian ZAINAB JOHNSON can currently be seen on Amazon’s new series UPLOAD, as well as Netflix’s 100 Humans! UPLOAD is about A man who is able to choose his own afterlife after his untimely death, from the creator of the US Office, Greg Daniels. Meanwhile, 100 Humans is a social experiment where 100 individuals will be a part of interactive experiments exploring sex, happiness, torture, and all the other aspects of being human. Aside from these projects, we talk about her stand-up career (NY vs LA, Appearing on Seth Meyers and Last Comic Standing), and the effect COVID has had on Hollywood and the comedy scene! Thank you, Zainab for time!

The one and only Terry Burden joined us from a lawn chair in a backyard!