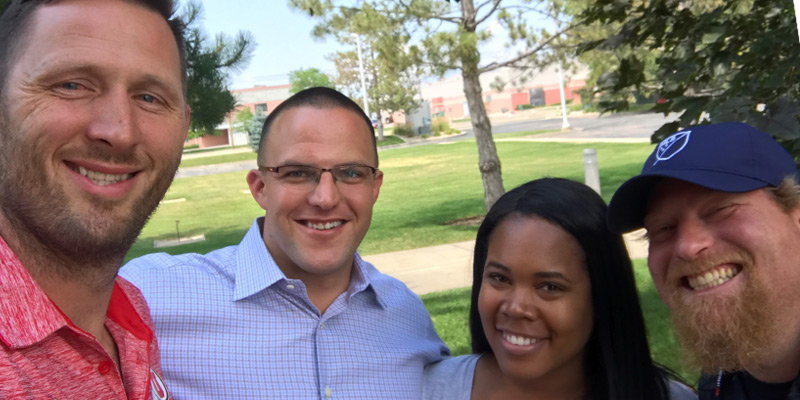 It’s no secret that the University of Utah has produced some stellar athletes through their football program over the years. For this episode of Droppin Dimes, two of them joined the show to discuss what they’ve been up to since their playing days at the U.

Both Jesse Boone and Matt Martinez continue to find success off the field these days. Boone graduated in 2005 with an undergraduate degree in economics and business management in addition to his Masters degree in business administration. After finding eight years of success as a professional football player with the Cincinnati Bengals, Oakland Raiders, Rhein Fire of NFL Europe and the Las Vegas Locos of UFL, Boone is now a Broker and the Owner of Redzone Real Estate, specializing in residential rental investing.

Martinez graduated from the U in 2012 with a double major in economics and sociology and a criminal background minor. While playing football at the U, Martinez served as Team Captain, he also made the All-Academic Pac 12/Mountain West Team, and was the winner of six bowl games, including the Sugar Bowl.

Boone and Martinez know football doesn’t last forever – that’s why they have made it their mission to prepare the current players at the University of Utah for life after football by establishing Ute Athlete Connect, which helps athletes transition into the workforce.

During the podcast we also talked about their other foundations, what it’s really like playing in the NFL, and previewed the upcoming football season at the U.

Previous PostDROPPIN DIMES 011: “The Face Behind RSL”
Next PostAREA 52 056 : “Undocumented”