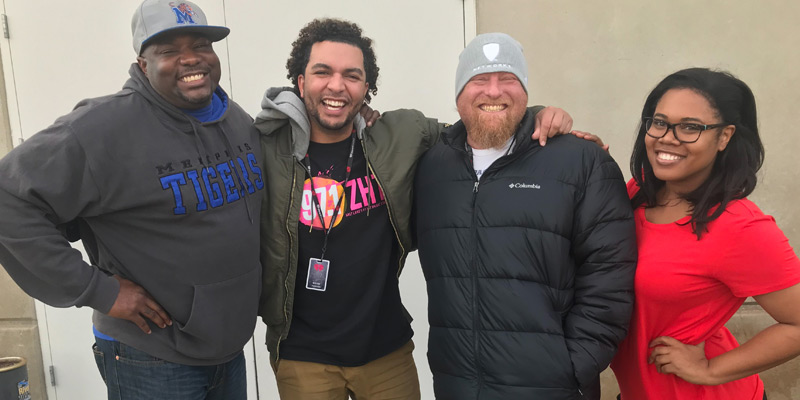 If you’re a fan of the show then you know things can get a little crazy sometimes. That’s just what happened in this episode. Cedric Williams, aka the “Washed up Hooper” was back on the mic, and Wayne Thompson Jr. aka “Mr. iHeart Radio” made a special appearance.

The show pretty much started out with everyone giving Wayne a tough time about his Alma Matter Utah State University. We talked about the school’s athletic program and if it gets enough respect in the state. So Aggie fans, you should give this one a listen because Wayne really goes to bat for y’all.

In addition to that, we talked about the Utah-BYU rivalry, the college football early signing period, and Kyle Kuzma and Donovan Mitchell’s early success in the NBA.