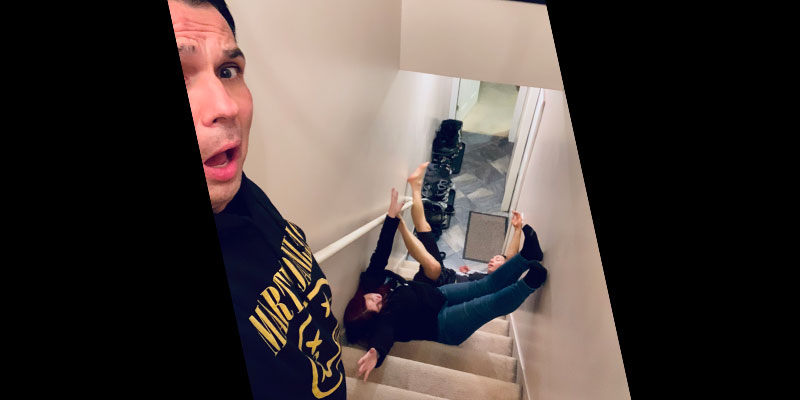 On December 9th, 2001, Kathleen Peterson was found at the bottom of a staircase surrounded by a shocking amount of her own blood. Her husband, Michael, claimed she fell while drunk, but investigators, witnesses and common sense all leaned towards there being a lot more to this incident. This insane case was the subject of a docu-series, “The Staircase”, that has now covered more than 13 years of twists, turns and legal developments, and in this week’s special extended episode, we discuss the entire series,

From hidden lives and crazy allegations, to jarringly similar possible previous crimes and the ever familiar botched police work, we talk about every angle and crazy possibility. Was it a frenzied attack brought on by a secret discovery, an actual accidental trip and fall by an intoxicated woman or could it have been, like some believe, something else even more fowl. Mind that first step and enjoy!

Previous PostDROPPIN DIMES 037: “We Do What We Want!?!”
Next PostALT-WRONG 014: “Vote Intelligently.”